So, I’ve noticed a lot of new sign ups recently… and this may partially be due to cave-related things. Thus, I will take a moment to go over some things :3

I am a girl, I love the color pink, and I pretty much only play healers. My favorite two things in games are collecting things and exploring. I am also quite fond of puzzles.

Thus, 90% of this blog will be about pets, collecting other stuff, lore, exploration, and puzzles. The rest will be me ranting about repetition, credits/money, and raiding :3

This is not a traditional SWTOR blog. I don’t write about things just to let people know unless it’s because I’m personally excited about it. More often than not, I’ll put in my own commentary or thoughts.

The original purpose of this blog was to keep track of things for my own sake, but then people started finding it somehow and it’s gotten some attention for pets and puzzle solving.

Onto the cave matters, it’s still a huge mystery. I know an Orb was mentioned recently (not actually ingame, but in the data) which has spouted a lot of new theories. And with Dreadtooth going down on 5 stacks, it seems 7 stacks may need to be what we’ve been waiting to see. Of course, unless it’s a 100% drop in the first place, it doesn’t mean much. …really, I’ll just be sad I won’t get to test it out whenever someone finally gets those items 🙁 I’ve been keeping track of theories, but haven’t put the orb up yet as I want to look into that more first. I don’t remember seeing it when the Amulet was first added and if it was an item added later, it may actually be for later content.

Regardless, with Makeb coming in Spring and the 5 level increasement, I’m sure Dreadtooth will be down then, if not sooner. At the very least, it’s always nice to try and work together for the sake of puzzle solving :3

Due to various reasons, I may not be on too much for a while. If you’d like more reasons or still would like to chat, just go ahead and send me a message :3 I also have MSNM and Skype (and technically every voice program since playing this game. You people and your voice chat~) if you’d want to talk outside of e-mail~

So, today was supposed to be fun and exciting and goal-getting, but it kind of hasn’t. Besides getting a bit of a late start (due to stressing), most people seemed to be upset with the expansion so my ideas of hopping on and happily talking away to guild mates about excitement over the expansion information was shot to heck in minutes as my heart shattered but people are still coming anyway

However, one nice thing happened today (plus, I finished my goal page!). Prongs surprised me with some mods 😀 And he even helped Mar-gon too! Yay! He’s supposed to help me figure out a bit with my healing and if it’d be better to switch down 5% Crit by switching my Magenta Crystal to a Power one and 3 Mettle Mods to Aptitude or to keep what I have now. Looking forward to what he says, although, I’d hate to have to change things again…

Rather than constantly giving full updates and then re-looking for posts, I think I’ll change the “When it comes to Collecting…” to just an Overall to Do List (of course, Codexes will still have it’s own page) which will just…make things easier overall.

Edit: Unfortunately, didn’t get to get started last night–just felt super super awful so I ended up just spending time off the game and watching some things (while on in a way for people to contact me if needed). Even though I felt really awful, I’m still frustrated by how easily people give up sometimes. Things don’t always have to be perfect for the possible to happen. I wish people would keep that in mind. :/

Okay, as I continue to be indecisive about everything, another poll! But before you see that poll (actually, this entry isn’t that long so you will probably see it as you read this), let me explain. Recently, I was asked by another website on the forums if they could use my Pet Guide and put it with images and stuff. I gave them permission and realized that maybe I should link some images into the Pet Guide on the forums (and here, obviously). If so, I’d make the names of each pet clickable to a picture. Speaking of pictures, I still need to try and figure out which are better for some and maybe switch some out… 🙁 I suck at deciding things. Can you tell? …I actually should figure out a good place to take pictures to begin with. Maybe my ship? Hmm..

ANYWAY… onto the poll: 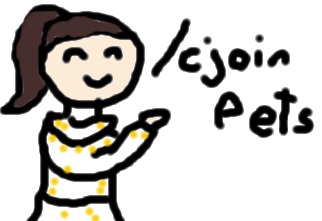 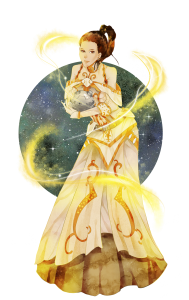 Well, I never thought I’d have to say this (on the otherhand, I never expected anyone to read this, let alone comment!), but do remember to try and be nice to one another :3 Arguing doesn’t help anyone and you can always say your points (and even disagree and explain why you do) without insulting someone! So umm…be nice and healthy debates are better than name-calling :3

I appreciate everyone trying to help however with my boyfriend’s stats :3 I know he really wants to get those all up and set.

Anyway, I haven’t done much SWTOR-y today due to not really sleeping well and then a long day at the parks. Regardless, I did make sure to log in and check my mail. I try to do that every day…even though nobody really sends me mail but you never know.

Regardless, in the midst of event worries (I really wish I knew when it’d start) and continuing to wonder about the Wonderous Egg (It has been confirmed at least someone has gotten one by Customer Service, but any time someone comes forth with any rumors or saying they know someone who has one, they just disappear. This is more than a little infuriating), I just…still keep wishing there were better ways to earn credits 🙁

After having Nightmares two nights in a row now, I’m pretty sure it’s a safe bet that I am more than a little stressed. Most likely this whole situation and trying to still enjoy my trip while still feeling sad and frustrated = horrible dreams.

I probably need to take a break (though, whether I actually will…) from playing, or at least my Sage. Maybe my Sorcerer as well.

I just can’t deal with the drama. Especially as I don’t feel like anything was cared about or done. Before I continue, I shall put a Read More now as while this entry does do with the game–it’s more about me and my feelings instead of my feelings as I play the game. END_OF_DOCUMENT_TOKEN_TO_BE_REPLACED