So, it has finally been found out how to hatch (if you haven’t gotten your egg, just scroll down to whichever it is you want). To start, you will need a buff from one of the water terminal node thingys all over Tatooine 🙂 Like with what you need to grab for the Magenta Lightsaber Crystal. There is one in Anchorhead past the speeder point and you can find some in one of the first Imperial towns for the quickest ones.

However, once you get it, you will not be leaving the planet. Head to the Czerka Archaeological Site in the Dune Sea and go behind it (At about -2410 by -335). There will be a bunch of solar panels and behind one, an odd machine that has solar panels facing inside. Go under it and stay there until your egg hatches. It will then turn into an exhaustion zone (and take the water buff) once the egg has hatched and you need to run out.

All Eggs hatch the same way. 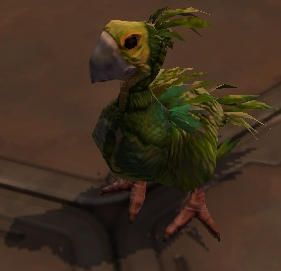 While it could originally only be found on Alderaan, 1.3 introduced nests on Taris and Balmorra.
Locations of Unusual Eggs:
—Alderaan Coordinates: (Please realize every pair shares a spawn timer)
——X: 168, Y: 1836 – Under the broken bridge in the Serene Meadow in Alsakan Lowlands. You need to jump down to a horizontal log from the lower side (Recommended to jump down from the rocks–not the actual broken bridge) and then run across and jump down onto the next.
——X: 215, Y:1787 – Also by the Broken Bridge mentioned above, head to these coordinates and jump straight down to another nest (you should be able to see it when you look down from this spot). Much simpler than the other–though, this jump will take nearly all your health so be sure to be at full health when jumping or if you can, use a cooldown to reduce damage.
——X: 1930, Y: -1451 – Involves you going up a mountain and through a cave all the way around and then jumping down to land on top of the entrance of the cave you entered where the nest is. Also has several enemies (Mostly Killiks) around.
——X: 1825, Y:-1384 – Like the above, but instead jumping above where you exit the cave instead of the entrance.
——X:-2469, Y:-293 – Involves going past House Panteer and climbing up some wreckage. Need to use the MGGS to get to the highest area where the nest is. Will have to run through some enemies.
——X-2517, Y:-301 – Not far from the one above, at X:-2524, Y: -314, look up and to the South East and you will see a Magnetic Stabilizer. Use your MGGS on it and you will be taken up to the nest.
—Taris (Republic Only) Coordinates:
——X: 1363, Y: 75 – These are actually two nests that share a respawn timer–one to the left of this spot and one to the right (don’t worry, it’s just a walk!). To get there, you want to climb up the pipe at X: 1182, Y:263. Jump off it and head to your right and around. When you get to the far edge (X: 1104, Y:224), look down to see some metal sticking out and walk onto it and then, jump to the platform across from it (I’d recommend jumping across on a speeder). Then, just head straight back and you’ll find the 2 nests up and to the right on the grassy hill.
—Balmorra (Imperial Only) Coordinates:
——X: -1782, Y: 1208 – These nests are near Grandfather in the northern area of his heroic area (To the North East of where he spawns). You’ll either need to climb up the rocks and jump down or run through the exhaustion zone to get to them. Like Taris, the nests are across from one another and share a respawn timer. 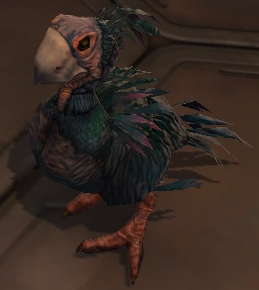 Mysterious Egg has a chance to drop from any boss in Lost Island Hard Mode. (Due to the fact that nobody really runs normal though, it is possible it also drops on Normal mode, but this has yet to be confirmed)

Hatching the Wondrous Egg gives you Orochick:
So far, nobody has found Orochick. Rumors are from Normal or HM Kephess, but there has been no proof at all.