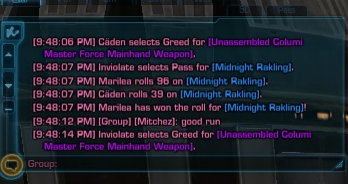 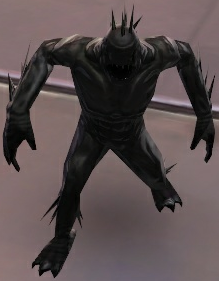 Now, most people don’t realize I have no issues with spoilers. And when they do, they are very confused. I tend to view finding out about something equal to reading a brochure about a place you’re going to go. You can prepare for it, but actually experiencing it is something completely different and no matter how much you learn or hear, it won’t change that.

However, with spoilers also comes rumors and things that are subject to change. While looking to see if anyone has found any news on the other Akk Dogs and Lobels, I found something interesting.

Discussion about what may possibly be the next event (For those who have forgotten, the last event was the Rakghoul Pandemic). And what has been found? The Grand Acquisitions Race.

What it sounds like it is a Scavenger Hunt that requires you to do various tasks on various planets to get all the items. And it seems as you reward, an item similar to the DNA Samples. And at the very least, not only have the Devs said they are planning another event (though, the when was never stated), the Event section of the codex has now been bumped up to 10.

I wouldn’t be surprised if some of the pets were gotten through it (I’d love if all 4 were, but I know it probably won’t happen) considering the some of the Raklings were. Not to mention a mount and weapons too.

However, the question is where would this event start? Part of me thinks the guy will just appear on the fleet, but who knows. I kind of hope a hint is given beforehand as I just…don’t care for surprises and waiting in Tatooine was fun too (and less murderous for my computer).

Now, what if the pets weren’t from the Event? It is completely possible they’re not (and if they are, probably only one of each or just the other 2 of one of the species) afterall.

So, I decided to think about where they could be. Unfortunately, that’s easier said than done.

Lobels:
Well, the only place I can think of them are Quesh. There is a world boss on Quesh and it’s not like a pet hasn’t dropped from a World Boss before. Now, would a robot actually have a Lobel? Who knows. But it’s about the only thing I can think of right now. (though, because of this, I feel Lobel may be more likely to be the Event Pet over the Akk Dog).

Akk Dogs:
Now, the M0-GUL Thrall Droid drops from Karagga. Kephess is rumored to drop the Wonderous/Wondrous Egg (really wish we could have some confirmation already). Each Operation has speeders that are dropped, but Eternity Vault has no pets speculated…there are, however, a lot of Akk Dogs in there, so I think the idea that Soa (or Gharj) could drop it is interesting. Of course, that only helps one (Unless both Soa and Gharj could have different ones, but I don’t think they’d do that…on the otherhand, they did it with a Flash Point (Lost Island)). It could also be a first for a different pet received depending on difficulty (which I…really hope not). It’s just…something to think about.

As for the other (if only one was in the operation), I honestly have no idea. There are Akk Dogs on Tatooine (So Tatooine World Boss is possible)–not to mention there is always the possibility still of it being one of each for the upcoming Event too.

*Only one pet hasn’t been found yet from 1.2–The Orochick that hatches from the Wonderous/Wondrous Egg. Could it be that it needs to be purchased, but where? I’d like to think someone would’ve stumbled across it by now if so, but there are people who still didn’t know you could purchase Taunta an an example. And it’s possible a new/secret vendor was put in as well.

So, if we went by that subject, both of the new pets found would be under Purchased–leaving one of each for dropped and one of each for Exploration… it’s just something to think about, isn’t it?

…I wish I knew more people who cared about pets. Maybe we could test some things out 🙁 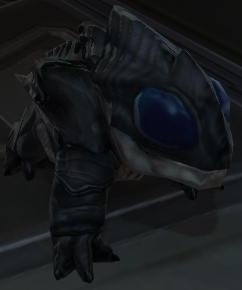 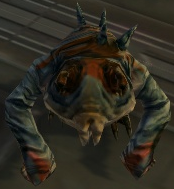 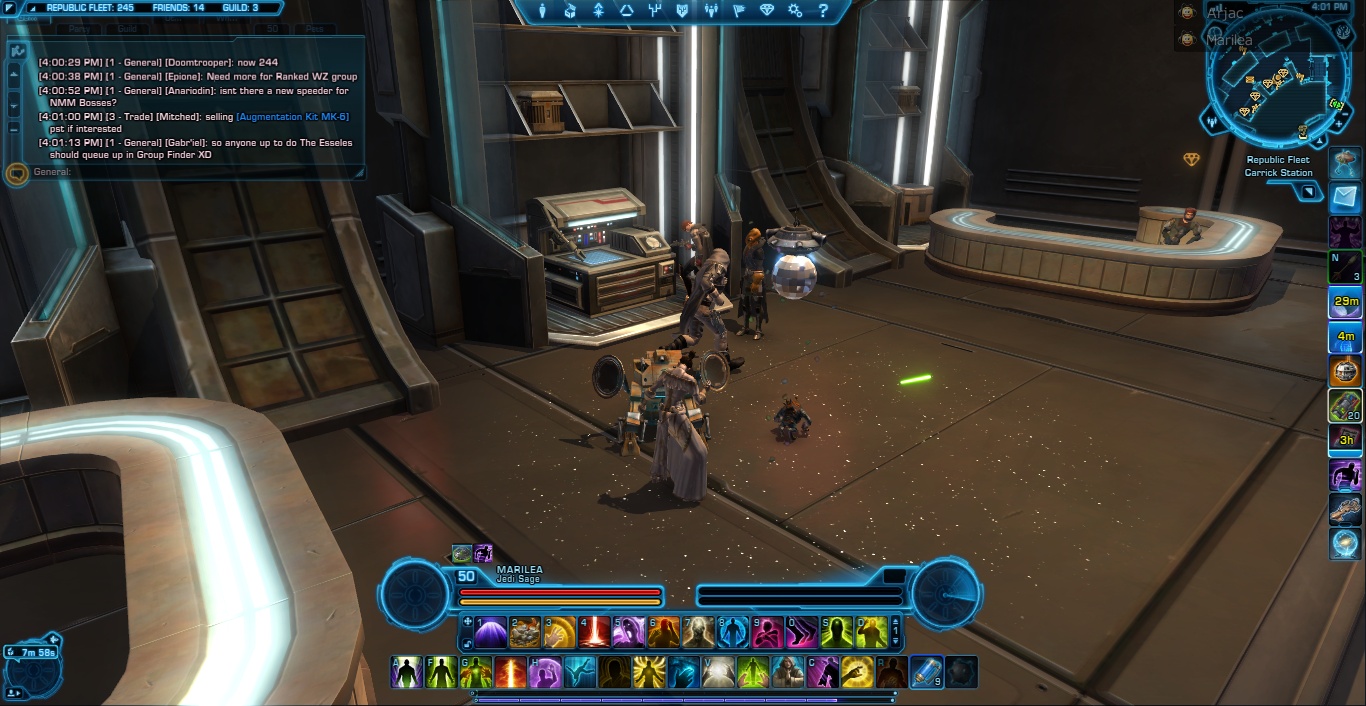 Mini-pets have been added to the PvP items vendor.
So yes, more mini-pets. I’d be excited, but I haven’t even gotten all the ones in 1.2…and I still need one from 1.1 🙁 So I’m excited and stressing at the same time T__T Time to save up commendations… can I even hold that many? 🙁 (Edit: Thanks to an awesome guild mate of mine, I found out you can have up to 4K Ranked and 2K Normal. And plus, you can trade Normal for Ranked (At 30 for 10) so currently trading Normal for Ranked as Ranked Warzones will probably be a pain. Once I have the 2K, I’ll just need to get the extra 2K normal Warzone ones after I buy the first pet)

And for those who have yet to get an Orokeet/Unusual Egg: “Additional spawn locations for the Orokeet Mini-pet egg have been added to Alderaan. Eggs can now also be found on Balmorra (Imperial) and Taris (Republic).”

So yay for more locations 😀 I know a lot of people really want one and while prices have dropped (25K-50K lately), I know people prefer finding some.

Also, for those who may have considered it a pet, you will be happy to hear: “The Party Instigator and Galactic Party Bomb now function correctly and are available on the appropriate Social vendors.” and “The Rhythm Augmentation Droid now lasts for 5 minutes (up from 30 seconds).”

I’m definitely excited for both as I had only gotten to enjoy my Galactic Party Bomb for a few minutes before what happened. Not to mention hearing music for more than 30 seconds is always nice 😛

Anyway, onto some 1.3 stuff:
1. You can get up to 30% more experience with experience boosters.
2. Companion increasements (What I’d spend on first) can go up 15%
3. Crafting criting can go up 3% (Second.)
4. It costs 25K to add the best Augment Slot…so I’d need like 14… so 350K.
5. Quicker speeder sooner is an extra 250K…considering this is per character, I really don’t care enough to spend that much.

Anyway, all GTN’s are now neutral. However, they are still set so I’d still like to get the Ship one…but it’s not as high a priority so I’d probably get the mailbox first (after the Repair Droid, of course).

Anyway, I just hope ways are found out about the other 4 pets. v-v And I hope there aren’t more than that. I could do without more surprises. Shall have to check out the PTS on my computer when I get home on Friday. While doing PVP on this laptop to gain as many commendations as possible.

I wish the Group finder could find World Boss groups too. As it is, I’ll probably do Karagga and Lost Island I guess…and still hope people for Gargath. But yes, I need to get pets off my list 🙁 To think…going from 4 (and people still don’t know how to get the Wondrous Egg v-v Of course, it’s possible it hasn’t dropped for anything yet too) to 10 sucks T__T At least I’ve already at 70 Valor… (71 I believe)

Finally, new Test Server titles: Strike Team Specialist and Strike Team Commander It will most likely not be sent until 1.3 is out on Live which kind of stinks are you won’t know when you earn it. I will probably use Roseria for Group Finding stuff (maybe get her leveled finally) if only because I’d rather not advance anywhere on Marilea (if she gets copied over) and rather just use Marilea to explore and browse for new pets.