So, working on Corellia and doing Amidaia’s story and we get to this point where she needs an army to storm into Thanaton’s base. She pretty much says how she doesn’t want more people dying for her. She’s seen enough death of people she has cared about and/or who have helped her.

Thus, when I was given a choice to have a storm of ANIMALS go on through? OH YES. And I will heal my butt off to keep them alive. Best. Choice. Ever. My story has won. Thus, I am going to make sure I don’t miss any part of it. YAY.

Edit: They…they killed them. T__T AND I COULD DO NOTHING. NO MERCY NOW.

Edit 2: YAY! Almost done! And since Thanaton is on the Council during the Sith Warrior…Sith Warrior’s ending happens before the Inquisitor.

Edit 3: Emperor’s Voice is what killed us during the Sith Warrior end. It did 23K to me and 15K to my boyfriend…so warning, INTERRUPT IT.

Edit 4: STORYLINE DONE! YAY! I will record until I finish Khem’s story and then stop :3

Edit 5: Showed the choices for Khem. As usual, he hates pity/help 😛

Edit 6: ALL DONE! Yay! Now onto Ilum…of course, we’ll probably finish Corellia and many other things first. So, I have ended the recording 🙂 You can find it saved here.

So, Kada had dragged me into PVPing with him and we did a few matches…however, we recently hit a Novare Coast which…well… first, it was going back and forth. We eventually won. Well, sort of.

Here’s where the problem came in. We made the other team hit 0%. The timer stayed at 1 second and it did not proceed to finish. Players died and then we became trapped in the spawn zone with no timer of being kicked out.

We could leave manually, but then we will lose commendations… It’s…very awkward, to say the least. We’re just kind of stuck. Not sure why. The Imperials left continued to re-get each but our score did not go down (as we already won). It’s just a…very odd predicament.

For now, I recorded videos of it to show it. It did eventually end and we got kicked, but sheesh o-o

So, firstly, nothing I really planned to record happened…but I did get further with Cellina and recorded most of that. Also helped out a friend with the last 3 quests for the event :3

Besides that, there was recently an interview that is stressing me out. Besides needing to hurry and gear up in general, I may need ot hurry up with PVP as well. Ignoring mods and stuff, I still need the Consular’s Exalted Gloves and Boots.

So, tidbits that caught my eyes:
-The new warzone is crazy. And involves both lots of killing (T___T) and objectives.
-New content won’t be available immediately for Free-to-Play users.
-No pay-to-win stuff.
-Nightmare Denova won’t be out until sometime after the new operation. The latter will be the next update.
-January is where they are aiming to have the next World Event. What they are hoping to do is a “anniversary” to Ilum’s open-world PVP. Apparently aliens may crash in and stuff may happen and it’ll give you a reason to go to Ilum besides dailies…if you do dailies (unlike me).
-New content every 6 weeks.
-New flashpoint in the works.
-Makeb is still bringing level increases.

So, it seems it’ll be the new operation… then HK-51/Belsavis-related then the new warzone and then probably the new space combat. I kind of expect Cathar not to come out until Free to Play–same with Makeb. And of course Nightmare Denova will be somewhere… 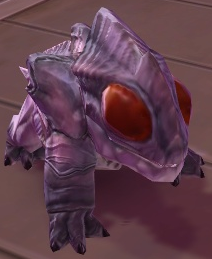 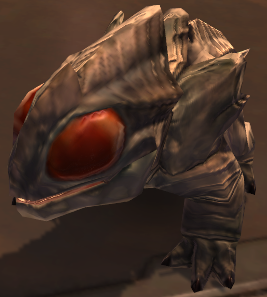