Some people did share when they figured it out 😀 So big thank you to everyone on the forums. I wish I could’ve helped more, but now I don’t feel like such a failure considering I couldn’t get the hand on the jerky to test around with that @-@

But, the coordinates are: X:834, Y:759. You need to have the buff you get from the Ice Scrabbler Jerky applied which lasts an hour AND the NVSCSS Gun. Specific Details:

Use the Jerky before you enter the little crack. Once you enter, red text saying “A WILD TAUNTAUN APPEARED” will show up (POKEMON BATTLE TIME). Use your NVSCSS to capture the Frightened Taunlet before it goes away to get your new Tauntaun pet.

Honestly, this is adorable and amazing and omgsoexciting. My only issue is that the way to get the jerky is a pain in the butt. I mean, even if you’re Biochem, it’s not like you get it either. I just wish level 37-40-ish mobs could drop it. I think that was part of why it took so long to figure out. 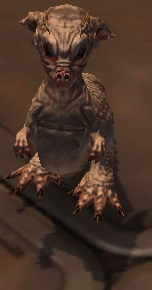 Okay, at this point, most of the pets have been figured out, so I figured I’d just do a quick overview post and then explain my thoughts/feelings after because…well, I write a lot, god. XP

1. Taunta – Can be bought from the Collector’s Edition Vendor for 200K
2. Taun Fawn – Gotten from a code from PAX East
3. Ram Tauntaun – Gotten for being an active subscriber.
4. Taunling – Dropped by Gargath
5. Taunlet – Head to X:834, Y:759 on Hoth with the Ice Scrabbler Jerky Buff on (gotten from eating the Jerky). It will lure out Taunlet who you need to use the NVSCSS on to capture them.

1. Orokeet – Hatched from Unusual Egg found on Alderaan.
2. Orosquab – Hatched from Mysterious Egg which is dropped from either the second or final boss (or the first and third if not counting minibosses?) on Hard Mode Lost Island.
3. Orochick – Hatched from Wonderous Egg which either drops from Warlord Kephess (the final boss) on Hard Mode Explosive Conflict OR apparently spawns in a nest in the new operation, Explosive Conflict, after defeating Warlord Kephess. Difficulty unknown. NEITHER CONFIRMED. Both have been said, but at this point, there has been no proof.

All Orobirds are hatched on Tatooine through the same method.

So far everything except the Orochick has either been confirmed with screenshots and/or multiple confirmations. However, considering the new operation has Orobirds running around and considering how you get the Mysterious egg, I wouldn’t be surprised if it were true.

Now, since I don’t think anyone cares about my thoughts, I shall just say continue reading if you do~
END_OF_DOCUMENT_TOKEN_TO_BE_REPLACED