It’s been over 6 years since my last post and closing this blog down which I think says enough about how that “hope I get back to playing” went. In a combination of guild drama, disappointment in certain things (such as multiple people taking credit for things you worked hard on), people just not trusting in you, the terrible loot boxes with the free to play change, and getting excited about a special feature only to have it blow up in your face, it was hard to WANT to keep playing SWTOR.

My husband (who was just my boyfriend at the time of my last post) and I always still hoped to at least play to finish our character’s stories, but something always happened to end up preventing us doing so– whether it be the subscription just not coming at a good time, no time to buy the expansions, or still feeling burnt out.

I loved collecting pets and the various puzzles and so many being put into just raids or loot boxes was exhausting and literally the biggest reasons I stopped playing.

I still hope one day we can finish those stories, but for now, this is likely my last update.

Haven’t had much time to play lately. I’ve seen the Gree event is back up, but I don’t like it enough to want to do it even though I know I should >>

I know a new recurring event is planned for 2.3. Sad to see more mounts in Nightmare mode, although, not surprised. 2.2 doesn’t really have anything too interesting to me and of course, more pets in Cartel packs 🙁

Still wish there was a plain primary pink dye. Hopefully I can buy some in the future.

Overall though, things are just way too busy among other issues ._.

So, my commando is officially a commando as she has passed the level cap to be one 😛 Hopefully I’ll get her ship soon, but I don’t think I will be getting Zoara up too quickly. I’d probably like to finish Miisha first.

As for Amidaia and the Binocular quests and things, I was sad to see them not vary afterall 🙁 Especially with how cool the puzzle was at the beginning. We’re currently at the car hopping–unfortunately, it glitched at the end and the enemy didn’t spawn on his ship… so we had to reset the instance :/ We’re only level 53 though and much more undergeared than our Republic counterparts so not going as great. I just hope we can finish, to be honest.

and I continue to stalk the GTN for the Desert Drake because until I’m overleveled to the point of being able to two-man an operation, I don’t see myself ever getting one.

So, I will most likely be spending the weekend to try and get newcomer….but, I honestly feel miserable so I guess I just need to hope I feel up to it…

If there is one thing that comes up when raiding as an alternate, there’s always the question of the person minds in the first place.

98.9% of the time I do not mind being an alternate. I hate repeating things so being an alternate lessens the chance of me wanting to scream every coming Tuesday and not having to help farm an instance means I won’t be gone anytime soon.

However, that doesn’t mean there aren’t times I get a bit frustrated/disappointed. Some examples:
Vanity chance – In general, I am very competitive. I also am a completionist and perfectionist so I hate losing rolls. But I hate so even more when:
—-It is something I hate doing to begin with (Lost Island)
—-It is very hard to get a group for (Gargath; KP, “old content”)
—-I won’t get many chances in the first place (progression)

Preferring things like pets and speeders over gear, it is just a sucky situation to be in sometimes. Out of everything, this is the one that tends to get to me the most.

The Road Paver – Nothing is more disheartening then helping with content and then seeing it get finished by someone else. Just makes you feel used.

The Alternate Main – In order for you to still raid, you will usually be used in the alt run which would be great if you just ignore the fact that you are rolling for your main character with everyone’s alts 🙁

In general though, I usually don’t mind, just tend to get disappointed with vanity stuff especially with how bad my luck tends to be in the first place. If only I had better rolls 🙁

But yes, for me, I just really hate repeating things so I do think I would probably be more frustrated being a full raider (especially without Mar-gon 🙁 ) . I really am not too fond of repeating things in general (and of course people ask and I hate saying no even if I do something)

…but I wish people would stop asking about EV anything. Soa can take his pylons and shove them somewhere 🙁

So today, Prongs surprised me with some awesome gifts 😀 Some cargo space, a new pet (the Speckled Blurrg), and the Blockade Runner title! <3 I organized my inventory and took a nice picture of my new Blurrg :3 So happy T~T And just a few things left to go now! THANK YOU AGAIN, PRONGS <3 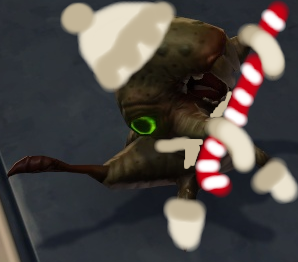 Having finished my work over an hour ago and sitting in an office doing nothing, I figured I would take this time to write something I wanted to this morning. Since I am on a phone, I apologize in advance for typos.

Revan’s Mask seems to be the most-wanted thing from the Revan set. I, personally, do not care for it (although, I think the sash on the chestplate is nice. Regardless, I know several people who really wanted one 🙁 and I just wish I had one for each of them. I already planned to give them out in the order I was asked…just still feel bad.

Both mounts are about 5 million… Remote Control Spaceship is like 100k. Why must things be so pricey? T___T

So, our internet has been out these last few hours -_- Which ruined most of my plans. In fact, I got disconnected during our second PVP match 🙁 Which makes me feel bad. I was also talking to people in the pet channel! -_-

Anyway, now to just pop back on, check the GTN, and then help with some stuff before having to raid tonight @-@

Just hate when plans get all screwed up 🙁 makes me feel bad.

0. Wake up by 8AM
1. Keep launcher open to patch immediately.
2. Keep game opened on desktop to see when servers are back up
3. Stalk the SWTOR twitter.
4. When the game is up, queue for warzones and check Cartel Market.
5. Pick up new quests and open boxes (if there are any).
6. Stop by Tionese vendor to trade in crystals for boxes (IF YOU DO NOT WANT YOUR Ancient Artifact Boxes, I will HAPPILY take them T~T)
7. While opening boxes (if there are any), head to ship and pick up space missions.
8. Somehow complete everything while praying for the ship stuff I still need. Yay.
9. PVP until both Elite War Hero relics can be gotten.
And apparently, I already have enough XD

…first, I need to get unstuck though 🙁

Just a big Thank you to everyone who has helped with the Cartel Market T~T You guys are awesome. I’m down to just the Gizka (although, someone said they may give me one) and the Monkey-lizard now so at least I have most out of the way 🙂

Unfortunately, I can’t spend too much time looking for them (and I can’t afford them either, obviously) as I think I caught a cold yesterday and have a giant headache at the moment >> But if I feel better, hopefully I can pop on and stuff… I probably still will pop-on a little anyway.

But yes, Thank you all again T~T It was such a nice surprise to be greeted with when I logged on last night.