So if you usually do not check out the Dev Tracker, I’d recommend doing so 😛

Lately, there’s been lots of interesting tidbits about Makeb and things to come like more on the story of it.

We know you’re all very interested to hear about how the new level cap is going to affect your class, and I wanted to share a little information about the upcoming changes with you. As part of the new content, every skill tree will be expanding and you can expect significant updates. Players will earn a new skill point with each level, and new skills will be available in each skill tree. Additionally, a new active ability will be introduced for each Advanced Class. We’ll have more details about many aspects of Rise of the Hutt Cartel as we approach launch, so keep your eyes on the website and dev tracker!

Part of me is excited and part of me not so much 😛 I wonder what the skill will be… and then I’d have to make room on my bars and yeah @-@ Just lots to do. Though, if I could add points to my existing skills (in case the new one sucks, I see no need for it, or just have some to spare), I’d probably just put another point in Preservation. Other possibilities (though, unlikely) are Egress (although, I’d only see this helpful in PVP), Jedi Resistance, and maybe some of the Force Lift quickness…. I guess we’ll just have to see though. Although, I’m mostly worried about how to organize my bars. And I feel like I may need to save my tree just in case.

For people worried about gear:

! While we can’t address every concern raised in this thread right now, we can reassure you that the gear you’ve obtained in our current endgame will continue to be relevant after the expansion is released, and it will provide a great bootstrap into the higher-level content offered by Rise of the Hutt Cartel. You won’t be replacing your Dread Guard gear with gear you pick up as you level, and thanks to improvements in the way item power is calculated, we won’t be handing out any entry-level gear at the new level cap.

To be honest, I’m more wondering how things may scale, if they scale at all. Will HM Flash Points and current Operations still be 50? Honestly, I’d prefer it that way (and it’d probably be more fair to people who haven’t hit 50 yet), but I’m sure a lot of people will complain about that… still, it’d make Vanity Item questing less torturous. Stupid drop rates.

On what Makeb has to offer:

To give you all a better idea of Makeb’s scope, it’s a planet of equal size to our larger planets and it contains a variety of areas – sprawling mesas, underground caverns, garden estates, and more. It introduces faction-specific storylines, new Heroic missions and bosses, repeatable mission series, and new Datacrons! The 5 new levels will occupy players for a fair amount of time, and there’s plenty of content to get you there (including a lot of stuff tucked away for the explorers out there). Keep in mind that this announcement is just the start – as we approach Makeb’s launch, you’ll see more details about the content coming with Rise of the Hutt Cartel!

Regardless, if I wasn’t excited before, I am even more so now <3 Just hope more information (and a specific date) comes out soon. I WILL BE UP IMMEDIATELY THAT MORNING TO GET IN AS QUICKLY AS POSSIBLE 😀 SO EXCITED OMG. 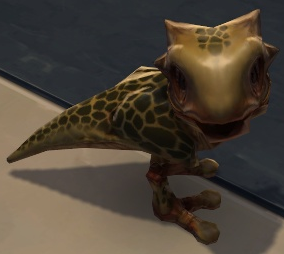 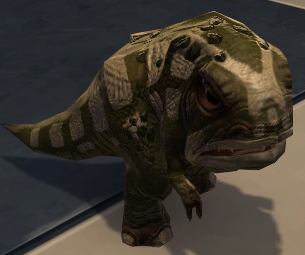 Why must these things always happen when I am at work?!

Must get home and preorder x___x eeee….

Coherent thoughts coming when I get home.

Also, dear Tundra Nekarr Cat, please go back under 1 million 🙁 and tempted to get old boxes to try for a white lightsaber crystal, but it is such a gamble x-x

HOME SO TIME TO TALK. Already pre-ordered–sadly, it seems most people aren’t as excited as I am 🙁

I do remember this was brought up on a survey a while back so bringing that up… It said it would include the following:

So far, some stuff has obviously been mentioned… but most of it hasn’t and I’m curious what will be done. There is a Kowakian Monkey Lizard already available, yes, but that doesn’t mean we won’t be seeing another kind in the expansion.

Regardless, I am excited… but this also makes me want to hurry up with my goals 🙁

While responding to someone, I ended up looking this back up. While it seems the initial idea of a specified Expansion may be gone (as Makeb and Cathar being anything but just actual content updates would be surprising due to the fact that it hasn’t been mentioned as anything otherwise besides that server before they were properly announced), there’s still a lot of things we haven’t heard about though. We also know the Kowakian Monkey Lizard was going to be available from the Cartel Market instead now.

For example:
1. The two-person speeder (it was mentioned off-hand once since…but not in a long while)
2. Ewok Companion – Right now, we’re still waiting on HK-51. However, I would love to see more companions and Ewoks are adorable. This does bring up some lore issues according to my boyfriend who said that the Ewok planet shouldn’t even have been discovered yet though. However. Naboo supposedly hasn’t been discovered either and it is mentioned on Hutta during the Agent storyline.
3. More schematics. They’ve slowly been bringing these out anyway, but I’m curious to which they mentioned here.
4. More Vanity Items. Always welcomed~ Curious to see what they were planning.
5. More character slots (While still confirmed to be coming, the details are still unknown)

And there were also 90 free days and a 10 day head-start which I’m not sure if that will still be coming considering it may no longer be an expansion pack.

To be honest, if the expansion pack just includes the stuff early plus a few of these things even if Makeb, Cathar, and the Kowakian Monkey Lizard and no longer original to the expansion…I’d probably still get it. 90 free days for 10 bucks is pretty good and head starts = awesome.