So, it’s the last day… and thus, we are rushing through. Everything is officially done except killing Xenoanalyst II on Story and HM. Netto and Devil said they’d help with Xeno on HM this evening–so let’s just hope we can find a SM group now x-x

Depending on how things go, maybe we’ll do some alt stuff later… but I’m still a bit down when it comes to the game right now.

So, 1.7 is officially out and the game is up. Site is still down though which means you can not buy Cartel Coins right now. Regardless, the new pack is out…

Anyway, as for reputation stuff… There’s 2 Gree Reputation pets. They are both 50K each–there is the Data Core at Newcomer and the Miniature Gray Sacant at Legend. I guess this will take a bit of grinding :/

You can gain 12,000 a week… which seems like a lot, but I doubt you can get Legend in a week so I’m scared to think of how much you need total. Not to mention this event is only around for 2 weeks so… :/

but yes, shall update this randomly. Time to work on the pet list. 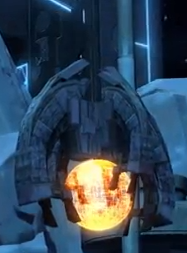 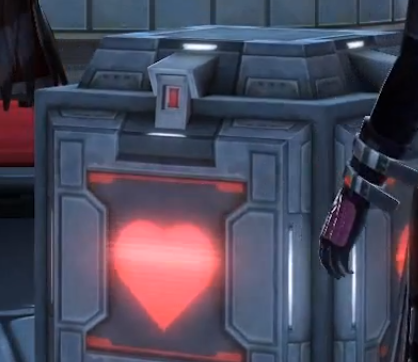 So, 1.7 will be hitting the servers on February 12th. Yep, this upcoming Tuesday.

I’d probably be more excited if I wasn’t stressed beyond all reason. I will probably do as much as I possibly can for the event that day and then work on getting reputation from various other things.

I wouldn’t be surprised if a new Cartel pack is out as well (although, I will cry)… but honestly, I just wish I wasn’t so behind already. My codexes and goals list say enough 🙁

but yes, off to go camp on Ilum

Well, it’s coming up and it looks like having multiple characters for it may be important. (You can read about it here and here) The Ilum event is happening still it seems. I…really hope you won’t get instant flagged in the area, but I know we probably will and it will mostly be PVP centered as that was kind of what they were hoping to do.

So I guess I should be prepared to be killed repeatedly by all those hardcore PVPers 🙁 Regardless, I will do my best to finish the event as always. Hopefully I can find some people willing to do it with me (and my boyfriend better get up early >_>).

Now, I’m just going to quote the bit about reputation systems for a second:

I do not have much experience with Reputation Systems, but if I recall correctly, you can do stuff for everyone, but sometimes it’ll lower reputation with other sections? Since it is legacy-based, I’m guessing you could, theoretically, get all 4 up to Legend as long as you focus on certain ones per character (IE: Voss + Republic with one while Gree + Empire on another)… if I understand it correctly. …I’ll just do my best 🙁

Anyway, it sounds like there will at least be armor sets and weapons through the event vendor which should make people happy. I know there was mention of a mount in a data dump a while back that may be gotten through this. And there’s a lot of pets currently MIA so we shall see.

I do hope the Gray Secant is an instance. Last thing we need is people fighting with eachother to kill the guy in the center x__x

Look for opportunities to join this recurring event throughout the rest of the year. More details to come!

So yay for offering people lots of chances. I do wonder if it will just be for this year though.

Anyway, if things are still going as planned, this will probably happen at the end of January at the earliest @-@ Which is like 2 weeks.