I’m mixed I guess? I don’t really care that it’s going free to play–I’m going to still be subscribed to it. I’m just kind of annoyed because of all the naysayers and obnoxious people who would go on and on about it and now they get to sit back and laugh and it’s just stupid.

There is already one pet announced to be in the shop when it comes out–the Kowakian Monkey Lizard Pet: 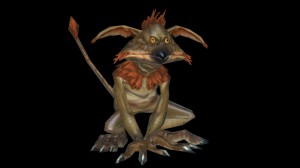 Besides that, you can vote on a special reward for subscribers:

I voted for the Party Jawa which seems to be winning so hopefully it stays that way.

Anyway, items will be sold in the Cartel Market which will be coming this Fall.

Since I have the Collector’s Edition and have been subscribed since the game started, I will be getting a Heroes’ Banner (whatever that is) and a total of 2,450…possibly more depending on when exactly the Cartel Shop will be out as it’s 200 more from August onward.

Other Cartel Coin stuff are a Sith Meditation Throne and Lost Helm of Darth Nihilus, but I do not care about either so yeah.

Umm… I guess I really just don’t know how to feel. I don’t necessarily mind the game going free to play (like I said, I’ll continue to be a subscriber regardless), but I just…don’t want to hear certain people. I’m just kind of a bundle of mixed emotions right now and I really am not sure which to feel first.

I just hope prices are kept reasonable and not everything becomes Cash Shop only. I don’t mind buying pets, but I like being able to find pets too. I don’t want everything to suddenly be Cash Shop only. At least subscribers get coins every month though. That’s pretty nice.

One thought on “SWTOR Going Free to Play”