More often than not, I have been described as being at Point A and Point B at the same time. You could say I like to multitask so much, I may just have too many feelings.

I have been referred to both of the above and if you have been reading this (and why are, you guys confuse me, god :P), you may have seen aspects of both yourself.

In general, I am a determined person. I also hate starting things without finishing them. Part of why I hate when new content comes out when I haven’t finished something is that it makes my list even longer, stresses me out more, and then I feel even more behind. I still have 6 million I need to somehow earn not counting added things for alts, the increased prices for speeders since 1.2, and other issues. It sucks, honestly.

But because of that determination, if I start something–whether it be an operation or flashpoint, I would be with the worst group possible and I wouldn’t give up. I would do it all day, I’d stay up all night, and I’d keep doing it until it was done. I don’t like leaving things unfinished. Ever.

Despite that, I think repeating things over and over is stupid. I don’t understand how someone could do dailies more than once. The credits just isn’t worth it enough for me, as much as I need them. 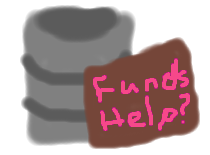 In general, when it comes down to my priorities, Gear and Credits/Commendations are at the bottom of it. Unfortunately, those are the same things needed to actually get my goals. It’s a horrible Catch-22 and while I do work hard on my gear, I really can’t do much with dailies as then I just…don’t want to play. Even if I get like 1 million in just a few days, I would essentially not be playing for about a week because it ruins the game for me. Like, I can’t stress that enough. It just completely kills it for me and I can’t deal with it.

I can somewhat deal with flashpoints and operations (unless it’s EV), but even then it’s still somewhat iffy. It’s for that reason I’m a pretty “all or nothing” person in the fact that I don’t want to keep repeating the same things over and over to just get to where we ended up being stuck before. I just want to keep going and going until we have where we’re stuck down, finish it now, then try and get what we need so we never have to see it again.

I do like to help people though and more often than not, I won’t have an issue helping someone out. Even if I have everything I need~ However, I do not like being used and there are times I may want to do something for myself and I do not like or appreciate being guilt-tripped to go and do someone a favor (and then hear them criticize me).

And as most people know, I do a lot of these things to collect. Knowing there is a possible and actually confirmed pet at the end of TfB waiting for me to repeatedly kill that guy to get it and the cave mystery is driving me crazy that I just can’t experiment with it more is essentially making me nuts. The Orochick upsets me in the fact that it has been CONFIRMED to be ingame and the whole thing is just a mess and I would really appreciate if they could just give me a straight answer on the Orochick being bugged or not.

But regardless, I suppose my go go go go go go until it’s dead and crazy collectiony policy clashes a lot with my repetition sucks, gear is silly and shouldn’t be so important, DAILIES ARE THE DEVIL policy. It also confuses people how much I hate PVP but keep doing it due to Ranked-speederness and the fact that I need 100 Valor for codexes. And it makes me sad when everyone wants to stop 🙁 (which is usually everyone but me but still).

Or even all the speeders when I think some of the colors are super ugly. I mean, I’m not like this in all games (and my boyfriend has pointed out that a “casual” collector would just be happy of a color of each and not care about getting every single one in every single color)–for example, in racing games with garages, I will usually just get one color per car unless there’s another color I REALLY like or something. But this game doesn’t have a crazy crowded garage–it just has an inventory thingy (though, wouldn’t it be cool if you had like…a speeder garage on your ship?).

In general, I’m just… a bit different I suppose. But I guess that just makes me… me. 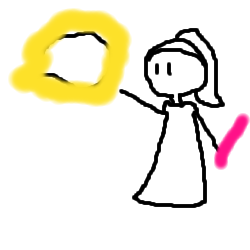 2 thoughts on “Hardcore vs. Casual”