Yep! The Market is already up on the PTS so here are some overviews 😀

Firstly, if you didn’t guess from the preview video, the icon is a bright golden icon outside the blue menu bar (which is kind of annoying IMO but). It has it’s own interface section and thus, can be moved. :3

The pet besides the Monkey Lizard is the Ivory Mouse Horanth. It costs 240 credits right now, but I will not be listing that officially as prices could change on release.

The Cartel Packs are random :/ Unfortunately. You have a chance at certain items and junk. Crime Lord Cartel’s Pack has “The Pack Contains 5 Items, including 1 Boost Item, 1 Companion Gift, 1 rare crafting material, and 2 rare items.”

I opened one and received: Slate Mouse Horranth and Golden Lizardbat for my rare items. The chance of those pets actually being Cartel Items seems more likely and yes, this means the pet isn’t guaranteed and the amount of anger I am feeling right now is so high, it could explode a volcano. The Crime Lord’s Cartel Pack costs 360 Cartel Coins. The other three items I received were a Personalized Holoportrait, Mutagenic Paste, and a Minor Space Mission Experience Boost.

Race Unlocks are available. Interesting color crystals: Orange-Yellow and Pink-Purple. All the armor is ugly IMO, but you can wear them on any class.

My Black Market Cartel Pack (180) contained 1 boost, 1 companion item, and 1 rare item. :/ Mine had…oh, forget the stupid companion item, nobody cares so a Minor Flashpoint XP boost and a Ubrikki Crimson Claw–a new speeder where the speed actually goes up based on the piloting level you have.

You also have a chance at a Super Rare item from both–the Crime Lord having a higher chance.

Oh, and there’s apparently two new quickbars that can be used. So yay for people who wanted more quick bars–you now have them. And you can now preview your weapon. Yay.

Anyway, I opened up another of each pack.
Crime Lord: Ignoring the stupid stuff… I got a new emote–Menace. Also an Elegant Loungewear Top. The latter is a nice way of saying Blue and White Slavegirl outfit. I was very disappointed -_-

Black Market… I got another of the Menace Emote — I’m giving up with these.

So, 3 more Crime Lord’s (as that was all I could afford):
1. ANOTHER Menace Emote and the bottom to that stupid slavegirl outfit.
2. Low Atmosphere Miniprobe 🙁 + Covert Torso Energy Armor (This will be popular for a lot of people–more or less, it’s armor that is invisible so if you want to run around naked and still be geared, this is for you)
3. Longspur Elite (It seems all Cartel Speeders work the same way–speed goes up based off your training) + Ball Toss “Throws ball at target within 30 meters that bounces harmlessly off their head”.

Overall? I’m just frustrated and upset. 40+ pets that are most likely in the Cartel Shop AND are random to get AND are bound. *sighs* Will not update the pet list just yet either for obvious reasons. The Experience boosts can be traded though and suppoedly other items may be tradeable after 5 days but… :/ *sighs* EDIT: Items can be traded after 5 days. EDIT: Even shorter once live and for subscribers! Thank god. So now I’m just annoyed with how MANY they put in…and I hate random boxes. At least hopefully I can trade with my fellow pet collectors?

Ubrikki Sand Devil is apparently another speeder (see in photos above). Darth Hater has lots of screenshots of stuff. Other items seem to be an Imperial Banner and Revan’s Cowl. Apparently you can also get a white crystal. I feel bad for anyone who really wanted one–have fun paying for it. Also items that give you credits.

Apparently the pink-purple has a PVP version though so may need to try and get that at some point. :/

Also, the Thrones are mounts and there is a title: The Cartel Collector. And there’s a Darth Malgus Holo that lets you purchase your skills as you level. That’s handy…but why Darth Malgus? 😐

Some pictures of things (Special thanks to Bloodguts for some of them :3)–Slate Horranth not included as it is glitched and looks like the Hagnoffarl. Will continue to update with more: 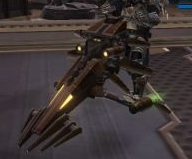 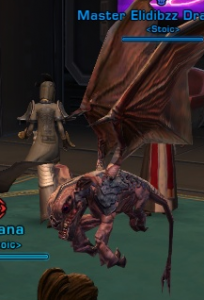 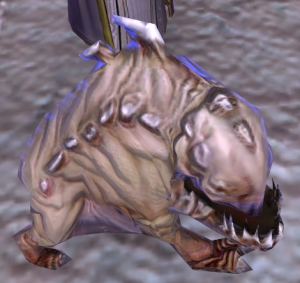 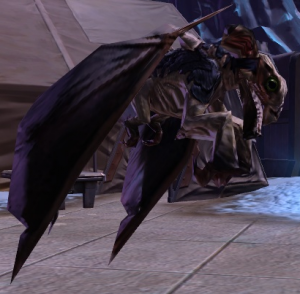 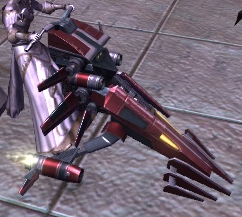 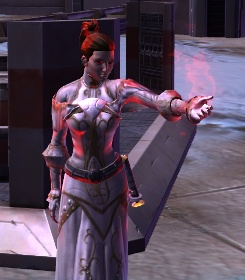 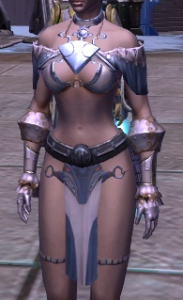 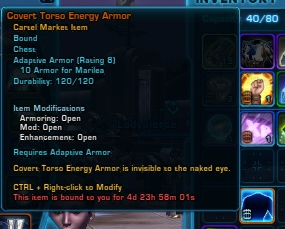 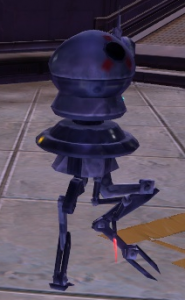 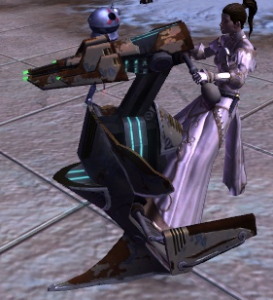 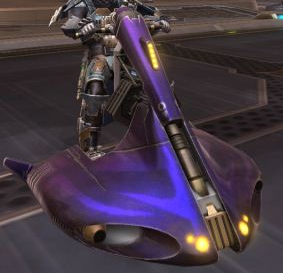 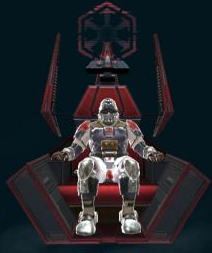 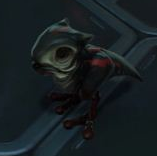 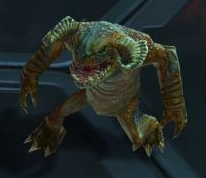 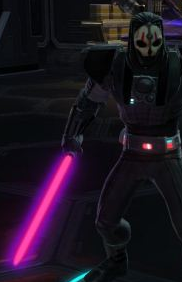 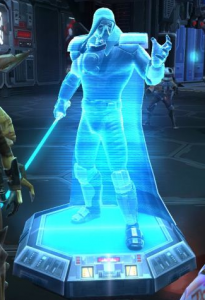 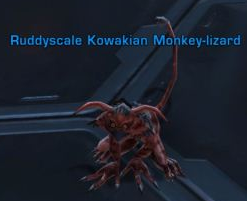